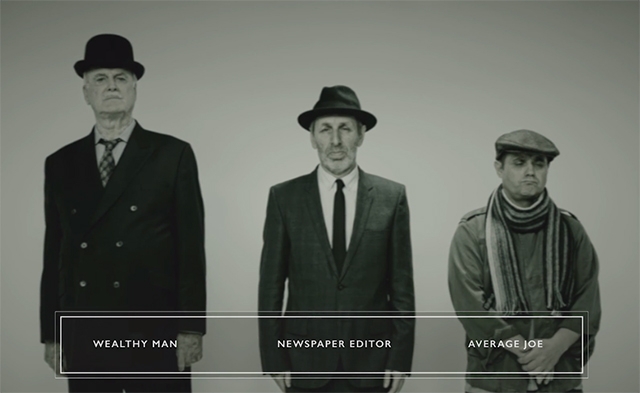 As some of you might be aware, I recently starred in a new version of 'The Class Sketch' for Hacked Off, over 50 years since the original with the Two Ronnies back during my Frost Report days.

The updated version can be seen below.

The website Chortle have since produced the following write-up which contains some misinformation that I would like to highlight.

You can read this here.

I have since contacted Chortle with the following statement:

Dear Chortle
I enjoyed your piece on my recreation of the “I know my place” sketch.
But there were some errors in your account of the reform I was advocating.
You said:
The law would require newspapers that are not part of a state-approved regulator to pay legal costs of people suing them, however frivolous the action was.
But many journalists feel it would be a chilling curb on legitimate investigations, tying up newspapers in arbitration, which still comes with costs, while those launching claims would be immune from any bills, even if they were trying to stifle genuine reporting.
In fact
Also
Instead, it could say:

The law would create the assumption that newspapers that are not part of an independently approved regulator would have to pay legal costs of people suing them, unless the action was frivolous or otherwise an abuse of process.
But many press barons feel it would be a chilling curb on legitimate investigations, and that newspapers which do not sign up would face claims trying to stifle genuine reporting.  Although newspapers which do sign up would be immune from having to pay claimants’ costs, some editors complain that they would face multiple arbitration claims while in an independent regulator instead.
Best
John Cleese